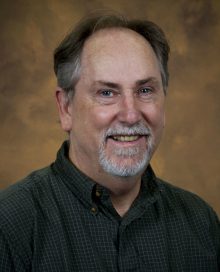 There is a growing awareness that middle-aged women disproportionately experience depression and anxiety. In South Korea, the occurrence of patients with depression increased by 12 percent from 2011 to 2015, and women ages 50-60 accounted for two-thirds of those cases. Kim and Park (2018) conducted a study to investigate possible therapeutic outcomes of a horticultural therapy (HT) program with a population of 36 women ages 40-59.  Study participants were randomly assigned equally to either a control group (no treatment) or the HT group (treatment) which consisted of twice-weekly one-hr sessions over six weeks. The HT treatment was administered to small groups of 4-5 participants. Horticultural activities consisted of transplanting plants, making flower arrangements, a terrarium, and a dish garden, and pressing flowers. The experiment was a pretest-posttest design. Three widely used self-report psychometric questionnaires were utilized to assess indications of depression, anxiety, and self-identity. At the conclusion of the experiment, there were no changes from the pretest to the posttest for any of the psychometric variables measured for the control group.  In contrast, scores for core depressive, state and trait anxiety, self-acceptance and overall ego-identity variables showed notable improvements that were statistically strong, suggesting that the HT treatment produced therapeutically beneficial outcomes. This study provides new empirical evidence for women ages 40-59 that HT can be effective in reducing indicators of depression, anxiety, and improving positive self-identity.