The Wilmot Botanical Gardens Steering Committee provides strategic leadership in support of the gardens’ mission and includes key stakeholders from the UF Health Science Center, the Institute for Food and Agricultural Sciences, garden staff and the community.

C. Craig Tisher, M.D., director of Wilmot Botanical Gardens and former dean of the College of Medicine, and Leah Diehl, RLA, HTM, director of therapeutic horticulture serve on the committee as staff members, in addition to the following volunteer committee members: 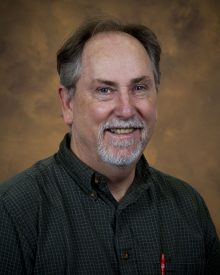 Charles Guy is presently Professor Emeritus of Plant Physiology and Biochemistry in the Department of Environmental Horticulture. He was a professor with the department from 1984 to 2018, and was a founding member of the intercollege Plant Molecular & Cellular Biology PhD Program. He taught BCH 5045 Graduate Survey of Biochemistry in the College of Agricultural and Life Sciences for 22 years, and co-taught BOT 6532 Plant Biochemistry in the Plant and Molecular & Cellular Biology Program for 16 years. He was Chair-elect and Chair of the IFAS Faculty Assembly in 2009-2010 and 2010-2011 respectively. Dr. Guy was a teaching and research Fulbright Scholar from 2012-2013 at the Universidad de la Frontera in Temuco, Chile. His research specialty throughout his career has focused on plant responses to the environment, primarily temperature extremes. Dr. Guy has authored and co-authored more than 100 research publications. More recently, Dr. Guy has worked with the therapeutic horticulture program at Wilmot Botanical Gardens and conducted research on the therapeutic benefits of people-plant interactions. He has served on the editorial boards of several plant biology journals. Dr. Guy also served for three years on the Scientific and Technology Advisory Panel for the Center for the Advancement of Science in Space (CASIS), the manager of the International Space Station National Laboratory, and on the Board of Directors for the Fulbright Association North Florida Chapter. 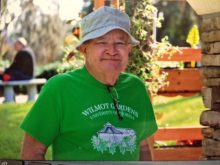 Tom Harris is a native of Gainesville.  He graduated from the University of Florida with a BSBA and an MBA. After a tour of active duty in the military he returned to work at the Health Science Center for 39 years before retiring in 2010. In the College of Medicine he was the associate dean for administrative affairs, and he also served as the associate vice president for administrative affairs in the Office of the Senior Vice President for Health Affairs. 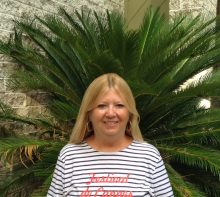 Carol Walker served as assistant vice president for the Planning, Design and Construction Division at the University of Florida. She retired in October 2014, after more than 30 years of service at the UF and Shands Hospital. Her positions included department manager for the Shands Renal Program, ER and unit manager, project manager for the College of Medicine Ambulatory Care Project and assistant vice president for the Health Science Center. During her career at UF, more than $4 billion in construction was completed under her leadership.

Besides volunteering at Wilmot Botanical Gardens, she volunteers as a project manager for the Turkey Creek Master Owners Association and is president of CJW CFPC Consulting, LLC, a construction consulting practice. 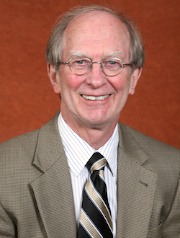 He is an acknowledged authority on curriculum, having published many articles, including “Rediscovering the Medical School,” in the Academic Medicine.  He helped develop the concept of Mission-Based Budgeting, and is recognized as its “grandfather.” Dr. Watson also is recognized as an outstanding teacher and student advocate, having received the Hippocratic Award from the University of Florida Class of 1985, the highest honor that can be bestowed upon a faculty member.  He was chosen as a 2005 Association of American Medical College’s Alpha Omega Alpha Robert J. Glaser Distinguished Teacher Award recipient, the highest national recognition for contributions to the education mission.

Dr. Watson serves on state, regional and national committees that involve medical education, funding for the continuum of medical education and physician workforce, including the Board of Directors of Florida’s Professionals Resource Network, Incorporated and the UF Wilmot Botanical Gardens Consortium.